Ever wonder about crocodiles with crystal teeth? How to get more nookie? Cursed Christmas trees? Zombies? 'A Little Bit Sideways' is a collection of humorous essays. From human nature, crazy foods, weird history, romance, and so much more, this book is full of entertaining facts you didn't know you wanted, delivered in fun. Author Victoria Landis chose from a decade of humor columns and essays to compile this book. "Imagine a combination of Lewis Black and Lewis Grizzard with a dash of Frank Cerabino, add a female perspective on life, love, and what you really need to hear. That is 'A Little Bit Sideways'. Victoria Landis tells it like it is in a hilariously honest way." - Charles Todd - Mary Higgins Clark and Barry award winner. "Inquiring minds want to know about Viagra potatoes, mincemeat-eating crocodiles, and the coming zombie apocalypse. In her new book, Victoria Landis turns her rambunctious sense of humor loose on an unsuspecting public with her achingly funny observations about the end of the world or an alien saucer crash. And who is the mysterious Dr. Vegetables? The future President Taylor Swift may have the answers. Clear your mind and order the book whether you're upright or sideways." - Dana J. Summers, Award-winning editorial cartoonist for Tribune Media/the Orlando Sentinel "Love this! Like having a great conversation with a treasured friend - Victoria Landis is hilarious, wise, and brimming with insight. You'll smile from the first word - and these wonderfully observant and witty essays prove Landis is a terrific new voice in humor." - Hank Phillippi Ryan, Agatha, Anthony, and Mary Higgins Clark Award-winning author. "Victoria Landis is the Erma Bombeck of our times. I've never laughed so hard while learning so much. Do you miss Seinfeld, the show about nothing? Well, this book's for you. Landis's collection has hilarious (and informative) articles about life, the world, and everything in it. Once you start reading, you won't be able to stop." - Vincent H. O'Neil - St. Martin's Malice Domestic competition winner and author of the Frank Cole Mysteries and The Sim Wars series. "Don't try to see inside her head - it might blind you . . . Just enjoy her humor . . ." - Randy Rawls - Author of the Ace Edwards PI and the Beth Bowman PI series. "Victoria Landis had me from the moment I finished the last page of her wildly funny novel, 'Alias: Mitzi & Mack', and after reading her hilarious new collection of humor essays, I've never been happier about 'being had' again." - John Hartnett - Humor Blogger, TV writer, and Stand Up comedian. "A little bit sideways, upside down, inside out, and bass ackwards - Victoria Landis will have you rolling on the floor laughing. . ." - Miriam Auerbach - Author of the Dirty Harriet Mysteries. "Landis looks at life through a prism of humor - a skill in short supply these days. . ." - Deborah Sharp, Author of the Mace Bauer Mysteries.

Authors: Victoria Landis
Categories:
Ever wonder about crocodiles with crystal teeth? How to get more nookie? Cursed Christmas trees? Zombies? 'A Little Bit Sideways' is a collection of humorous essays. From human nature, crazy foods, weird history, romance, and so much more, this book is full of entertaining facts you didn't know you wanted, 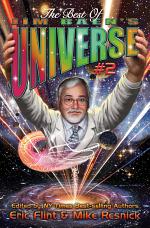 Authors: Scott Huler
Categories: Transportation
A Little Bit Sideways Scott Huler. Subtitled: One Week Inside a NASCAR Winston Cup Race Team. This rambunctious tour takes you into thedriver¦s seat, the cocktail parties, the race shop, the broadcast booth, and beyond, capturing the essence of NASCAR. Discover how minute changes behind the scenes of a NASCAR 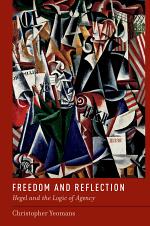 Authors: Christopher Yeomans
Categories: Philosophy
While many interpreters hold that Hegel avoided the traditional problem of free will, Yeomans argues both that the problem is unavoidable, and that the two versions of the Logic fruitfully engage the tensions between explicability and both the control and alternate possibilities constitutive of free agency.