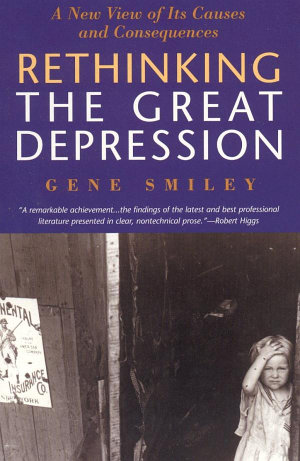 The worldwide Great Depression of the 1930s was the most traumatic event of the twentieth century. It ushered in substantial expansions in the role of governments around the world, focused attention on social insurance, and for a time bolstered socialist economic ideas as a form of cure. Skepticism about the effectiveness of government withered as the free market failed, and it seems safe to say that Keynesian economics would not have flourished if the depression had not occurred. While this severe contraction has been extensively examined, we are just now—thanks to increasingly sophisticated analytical techniques—beginning to comprehend its causes and the reasons for the extremely slow recovery that occurred in the United States. Much of this analysis, though, remains in specialized studies that are visited mainly by economists and economic historians. In Rethinking the Great Depression, Gene Smiley draws upon this recent scholarship to present a clear and nontechnical analysis for the general reader. He explains the roots of the depression in the 1920s, the efforts of the New Deal to combat the economic crisis, and the legacy of these efforts in World War II and the postwar years. He offers new insights and some surprising conclusions: that the causes of the Great Depression lay in the dislocations caused by World War I and the attempt to reconstitute an international gold standard in the 1920s; that the New Deal, regardless of its good intentions, adopted misguided fiscal and monetary policies that prolonged the depression in the United States beyond what it should have been; that World War II, rather than stimulating an end to the depression, actually postponed a full recovery until 1946. 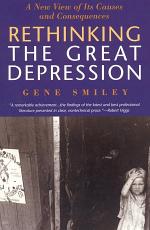 Authors: Gene Smiley
Categories: History
The worldwide Great Depression of the 1930s was the most traumatic event of the twentieth century. It ushered in substantial expansions in the role of governments around the world, focused attention on social insurance, and for a time bolstered socialist economic ideas as a form of cure. Skepticism about the 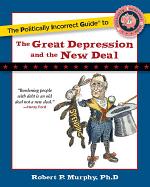 Authors: Robert Murphy
Categories: Political Science
In this timely new P.I. Guide, Murphy reveals the stark truth: free market failure didn't cause the Great Depression and the New Deal didn't cure it. Shattering myths and politically correct lies, he tells why World War II didn t help the economy or get us out of the Great 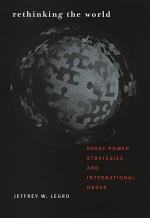 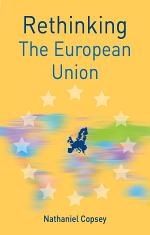 Authors: Nathaniel Copsey
Categories: Political Science
The eurozone crisis has raised fundamental questions about the EU's future and has also sparked debate about the wider functions and future direction of European integration in the 21st century. This engaging book provides a broad-ranging reassessment of the whole experience of integration to date and the challenges which face 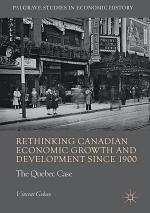 Authors: Vincent Geloso
Categories: Business & Economics
This book upturns many established ideas regarding the economic and social history of Quebec, the Canadian province that is home to the majority of its French population. It places the case of Quebec into the wider question of convergence in economic history and whether proactive governments delay or halt convergence.