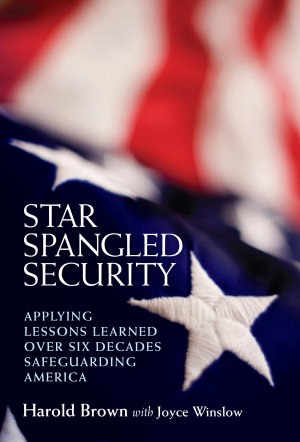 Harold Brown served as U.S. secretary of defense when the Soviet Union posed an existential threat with superior conventional force capability and a daunting nuclear weapons arsenal. No one could have been better suited to deter the Soviets during that most dangerous period in the Cold War. A physicist, Brown had previously led Livermore Laboratory and its development of the Polaris missile warhead. By age 33 he was director of Defense Research and Engineering, and he later served as secretary of the U.S. Air Force early in the Vietnam War. In the Carter administration, Brown reinvigorated the NATO alliance, promoted AWACs, increased U.S. conventional force capabilities, and developed a new generation of nuclear weapons and delivery systems. As a senior negotiator of SALT II, he also helped set their limits. Brown was the first American secretary of defense to visit China; as principal interlocutor he forged military-to-military relations. During his tenure, the Soviets invaded Afghanistan; the Iranian revolution resulted in the capture of American hostages; President Carter achieved the Camp David Peace Accords; and the Panama Canal Treaties—that still protect U.S. interests—were rewritten. Brown's role in each was integral. Star Spangled Security provides lessons from the past to inform the future: from Afghanistan to Iran's pursuit of nuclear weapons; from international alliances and interests the U.S. needs to consider in a changing world to specific ideas for jumpstarting technological innovation that could boost American security and our economy today. Based on his twelve years of top-tier government service and nearly fifty more as a president of Caltech, a board member of a dozen corporations, the chair of recent, comprehensive studies of Chinese military capability, U.S. Intelligence, and technological innovation, and as the past chair and a current member of the Defense Policy Board that advises sitting secretaries of defense, Brown offers wise counsel to any American voter as well as to aspiring leaders.