The Social Life of Illumination

GET BOOK
The Social Life of Illumination Book Description:

This anthology is the first broadly based exploration of an issue now emerging at the intersection of art history and literary study: how the interplay of images and texts in medieval manuscripts enabled an array of social interactions that helped shape individual and communal experience and identities. An interdisciplinary group of scholars, from Art History, English, and French departments, has combined to explore the ways in which pictures in a book can have a 'social life'. Setting aside the traditional assumption that illuminated manuscripts were meant chiefly for the eyes of solitary reader-viewers, the essays in this anthology demonstrate that illuminations took on social dimension in many ways. They could cue internal dialogues with religious figures or family members; they could be described, explained, and/or viewed communally during public readings; and they could draw their viewers into joint celebration of core secular or religious values. As much as architectural monuments, contracts, and rituals, illuminations provide a way for us to map the multiple dimensions of medieval social life.

The Social Life of Illumination

Authors: Joyce Coleman, Mark Cruse, Kathryn A. Smith
Categories: Art
This anthology is the first broadly based exploration of an issue now emerging at the intersection of art history and literary study: how the interplay of images and texts in medieval manuscripts enabled an array of social interactions that helped shape individual and communal experience and identities. An interdisciplinary group 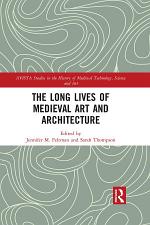 The Long Lives of Medieval Art and Architecture

Authors: Jennifer M. Feltman, Sarah Thompson
Categories: History
Traditional histories of medieval art and architecture often privilege the moment of a work’s creation, yet surviving works designated as "medieval" have long and expansive lives. Many have extended prehistories emerging from their sites and contexts of creation, and most have undergone a variety of interventions, including adaptations and restorations, 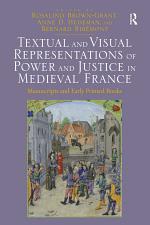 Textual and Visual Representations of Power and Justice in Medieval France

Authors: Rosalind Brown-Grant, Anne D. Hedeman, Bernard Ribémont
Categories: History
Thoroughly interdisciplinary in approach, this volume examines how concepts such as the exercising of power, the distribution of justice, and transgression against the law were treated in both textual and pictorial terms in works produced and circulated in medieval French manuscripts and early printed books. Analysing texts ranging from romances, 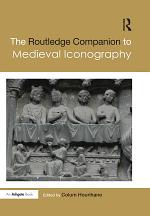 The Routledge Companion to Medieval Iconography

Authors: Colum Hourihane
Categories: Art
Sometimes enjoying considerable favor, sometimes less, iconography has been an essential element in medieval art historical studies since the beginning of the discipline. Some of the greatest art historians – including Mâle, Warburg, Panofsky, Morey, and Schapiro – have devoted their lives to understanding and structuring what exactly the subject 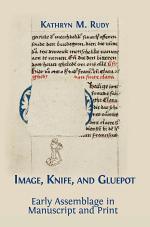 Image, Knife, and Gluepot: Early Assemblage in Manuscript and Print

Authors: Kathryn M. Rudy
Categories: Literary Criticism
In this ingenious study, Kathryn Rudy takes the reader on a journey to trace the birth, life and afterlife of a Netherlandish book of hours made in 1500. Image, Knife, and Gluepot painstakingly reconstructs the process by which this manuscript was created and discusses its significance as a text at