GET BOOK
She Surf Book Description:

Join the celebration of the diverse, vibrant, and engaged community of women riding and making waves around the globe. While surfing is usually seen as a male domain, women have long been nurturing their own water stories and claiming their rightful place in the world of this sport. She Surf hails the females, past and present, who are engaged in expanding the art of surfing. Through exclusive interviews and evocative imagery, the book travels from the iconic waves of Hawaii to remote locations in Morocco. Learn about the forgotten stories of Polynesian surfing princesses, pioneering wave riders from the 1960s, and the contemporary movers and shakers shaping the scene. This book is an exciting reflection on what it means to be a female surfer and what it means to be moved to action by the beauty of the sea. 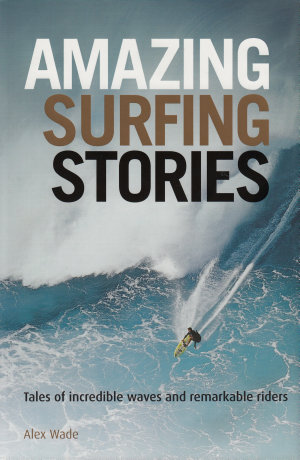 This eclectic mix of surfing stories has something for everyone, from classic tales of monster waves and epic battles to stories of when life among the breakers goes wrong. There are accounts of death and disaster, as well as bravery and triumph. The bizarre and the extreme rub shoulders with perfect breaks and beautiful beaches. Be thrilled by legendary surfers, as well as learning about local heroes who never made the headlines. Each compelling tale has been chosen to stoke the fire of armchair surfers and hardcore wave-riders alike, and many are illustrated with colour photographs. 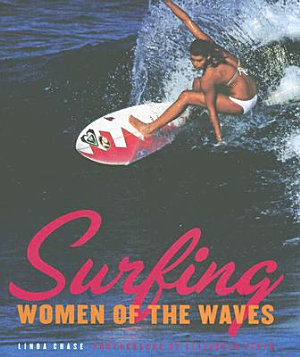 As the official counterculture sport of the 1960s, surfing was not just a sport but a lifestyle, one long, sun-drenched beach party with endless waves and music, as well as an unapologetically masculine culture. This notion has since been disproved by generations of amazing female surfers who have made an indelible mark on the sport. Surfing: Women of the Waves highlights some of these extraordinary women of surfing, from Linda Benson and Joyce Hoffman in the 1950s and 1960s to Layne Beachley, Sofia Mulanovich, Bethany Hamilton, and the great Lisa Andersen, four-time women's world champion. Today, women of all ages and skill levels have taken their place among the waves-longboarders, shortboarders, goofyfooters, hotdoggers, young girls, and surfer moms-these are the women of the waves! 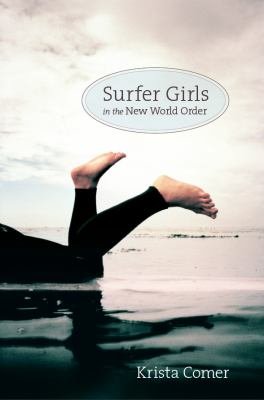 In Surfer Girls in the New World Order, Krista Comer explores surfing as a local and global subculture, looking at how the culture of surfing has affected and been affected by girls, from baby boomers to members of Generation Y. Her analysis encompasses the dynamics of international surf tourism in Sayulita, Mexico, where foreign women, mostly middle-class Americans, learn to ride the waves at a premier surf camp and local women work as manicurists, maids, waitresses, and store clerks in the burgeoning tourist economy. In recent years, surfistas, Mexican women and girl surfers, have been drawn to the Pacific coastal town’s clean reef-breaking waves. Comer discusses a write-in candidate for mayor of San Diego, whose political activism grew out of surfing and a desire to protect the threatened ecosystems of surf spots; the owners of the girl-focused Paradise Surf Shop in Santa Cruz and Surf Diva in San Diego; and the observant Muslim woman who started a business in her Huntington Beach home, selling swimsuits that fully cover the body and head. Comer also examines the Roxy Girl series of novels sponsored by the surfwear company Quiksilver, the biography of the champion surfer Lisa Andersen, the Gidget novels and films, the movie Blue Crush, and the book Surf Diva: A Girl’s Guide to Getting Good Waves. She develops the concept of “girl localism” to argue that the experience of fighting for waves and respect in male-majority surf breaks, along with advocating for the health and sustainable development of coastal towns and waterways, has politicized surfer girls around the world. 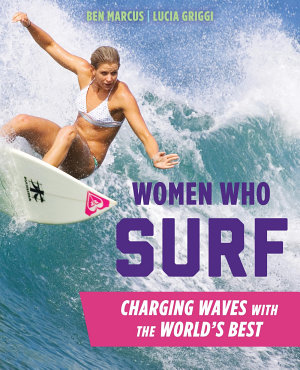 Mavericks and more, a celebration of feminine beauty, athleticism, wisdom, and skill when the surf is bombing—Women Who Surf profiles some of the world’s most inspiring female surfers ranging from Bethany Hamilton to Wrenna Delgado. Each surfer tells her story, highlighting her personal challenges, accomplishments, and philosophy, as well as inspiring readers and providing them with practical how-to suggestions on maximizing not only their own potential in surfing but in life as they lead the charge and push their limits at infamous big-wave spots like Teahupoo in Tahiti, Waimea Bay, and Peahi/Jaws in the Hawaiian Islands. The profiles by accomplished author and editor Ben Marcus are complemented by stunning color photography by leading adventure photojournalist Lucia Griggi. Featured surfers: 1. Rochelle Ballard 2. Wrenna Delgado 3. Bethany Hamilton 4. Maya Gabeira 5. Keala Kennelly 6. Andrea Moller 7. Leah Dawson 8. Mercedes Maidana 9. Easkey Britton 10. Alana Blanchard 11. Bianca Valenti 12. Paige Alms 13. Alison Teal 14. Sally Fitzgibbons 15. Rosy Hodge 16. Janet Macpherson 17. Pauline Ado 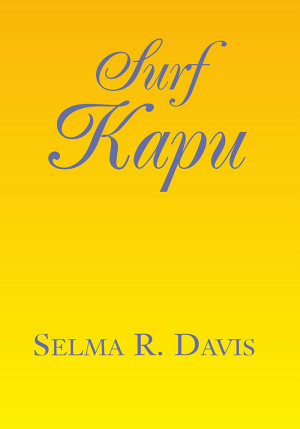 Murders, surfing, and a travelogue to Honolulu fill the pages as a young artist unknowingly becomes a foil for a ruthless serial killer. A retired, suburban couple, on vacation in Waikiki, become involved as does an ambitious but dizzy blond who becomes the killer's next target. 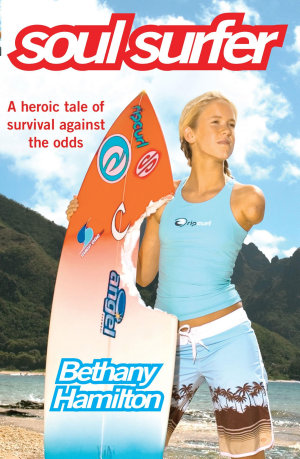 They say Bethany Hamilton has saltwater in her veins. How else could one explain the tremendous passion that drives her to surf? How else could one explain that nothing - not even the loss of her arm in a horrific shark attack - could come between her and the waves? That Halloween morning in Kauai, Hawaii Bethany responded to the shark's stealth with a calmness beyond belief. Pushing pain and panic aside, she immediately thought: 'Get to the beach...' Rushed to the hospital, where her father, Ted Hamilton, was about to undergo knee surgery, Bethany found herself taking his spot in the operating theatre. When the first thing Bethany wanted to know after surgery was 'When can I surf again?' it became clear that her unfaltering spirit and determination were part of a greater story - a tale of courage and faith that this modest and soft-spoken girl would come to share with the world. 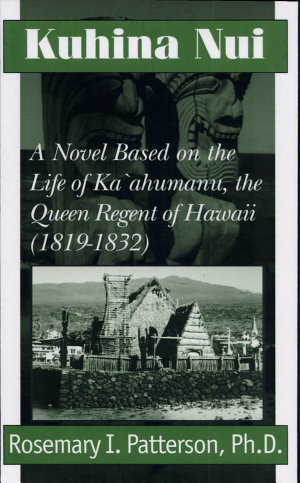 Hawaiian deities demand that the widow of King Kamehameha explain her overthrow of the kapu system that governed every aspect of the Hawaiian people's lives in 1819. She is also required to view modern day Hawaiʻi and evaluate the effects of her political decisions on Native Hawaiians. 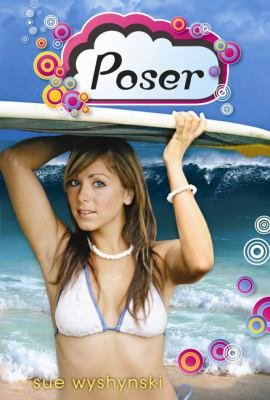 Eager to make friends when her family moves to California in the middle of her tenth-grade year, Tallulah lies about being an expert surfer which, when she is found out, ruins her reputation and her only option is to make the lie true. 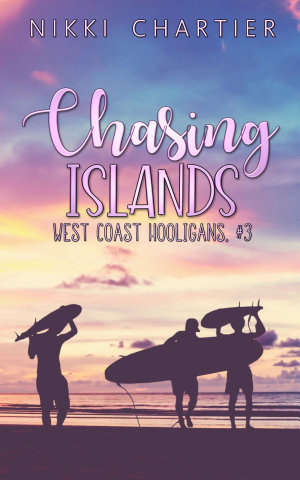 The tides have turned for Topher Brooks. The scandal has passed, the West Coast Hooligans are back together, and his relationship with his brother Vin is smooth sailing once again. With a new California surf tour starting next year, Topher is training harder than ever to represent the USA in the big leagues. The only thing he’s missing is someone special, but his boys are determined to take his mind off of his non-existent love life with the surf trip of a lifetime. Sloane Harrington’s life is in shambles. Since the St. Catalina Island Resort sold and her dad lost his job in the deal, her family is scraping to get by. She can’t imagine life anywhere other than the island. But she knows they can’t afford the life they’ve always lived. Against her dad’s request, she’s taken a job as a maid at the very resort that broke her family in hopes to help save her home. Everything seems to be falling apart until she runs into an old friend. When Dominic introduces Sloane to Topher, the connection is instant. The hopeless romantic in Sloane can’t help but fall into a whirlwind romance in between the waves, but she doesn’t want her friends – new or old – to know of her recent misfortune. Keeping up appearances proves harder than she expected because the island is only so big and there are only so many places to hide her secrets... *** Follow Topher on his own forever-chasing adventure and revisit Sloane Harrington from Chasing Swells! The West Coast Hooligans series is a spin-off from the fan favorite Drenaline Surf series! West Coast Hooligans series: Chasing Swells (#1) Chasing Aloha (#2) Chasing Islands (#3) Chasing Sunsets (#4) - Coming soon! Chasing Vibes (#5) - Coming soon! Chasing Sapphires (#6) - Coming soon!