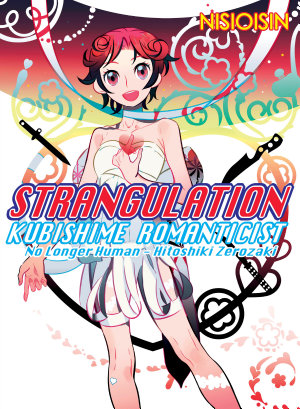 It's easy to love a person but difficult to continue doing so. Just as murdering a person is easy but continuing to do so is difficult. Unable, probably innately, to look away from the truth under any circumstances, a sincere, honest guy who's lived thus far without grasping the notion of deceit--namely me--encountered in May a serial killer named Hitoshiki Zerozaki. He was a knife of a will, a knife of a dynamic, and a knife of nonsense. NISIOISIN is the top-selling novelist year by year in his native Japan. A follow-up to his unforgettable debut novel Decapitation, this revised North American edition of Kubishime Romanticist features a new cover and color insert by beloved series illustrator take. 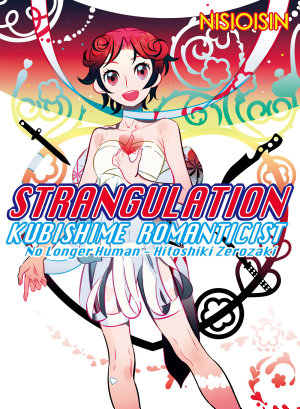 When NISIOISIN, Japan’s bestselling novelist, writes a murder mystery, it won’t be like anything you’ve ever read before. Now in a new English translation! Whether you’re already a fan of Japanese phenom NISIOISIN, or a mystery reader looking for something unusual and compelling, don’t wait to get your hands around STRANGULATION: Kubishime Romanticist. This follow-up to Decapitation, and the second part of NISIOISIN’s debut Zaregoto series, presents a puzzling murder mystery that tells the story in the voice of a narrator who’s trying his hardest to stay out of the action. Now that he’s a cool college student, our anti-hero Iichan thinks his crime-solving days are behind him. Cynical, sarcastic and minimally engaged in his studies, Iichan is much more interested in his own feelings of disaffection and isolation. But despite his resolve to remain aloof, he’s pulled into the narrative when he encounters and bonds with a serial killer named Hitoshi Zerozaki – a homicidal maniac with the soul of an artist whose talent is on display at the grisly scenes of his crimes. Written by Japan’s prolific and top-selling author NISIOISIN, STRANGULATION: Kubishime Romanticist blends a tale of suspense and detection with an edgy exploration of the nature of talent, violence, and ego. This Vertical edition features a revised translation and new art by acclaimed illustrator take.