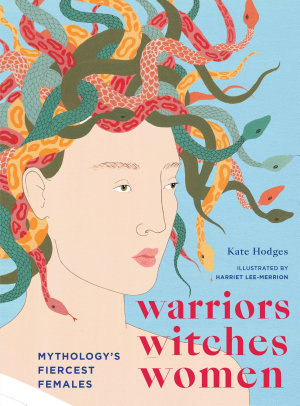 Meet mythology’s fifty fiercest females in this modern retelling of the world’s greatest legends. From feminist fairies to bloodsucking temptresses, half-human harpies and protective Vodou goddesses, these are women who go beyond long-haired, smiling stereotypes. Their stories are so powerful, so entrancing, that they have survived for millennia. Lovingly retold and updated, Kate Hodges places each heroine, rebel and provocateur fimly at the centre of their own narrative. Players include: Bewitching, banished Circe, an introvert famed and feared for her transfigurative powers. The righteous Furies, defiantly unrepentant about their dedication to justice. Fun-loving Ame-no-Uzume who makes quarrelling friends laugh and terrifies monsters by flashing at them. The fateful Morai sisters who spin a complex web of birth, life and death. Find your tribe, fire your imagination and be empowered by this essential anthology of notorious, demonised and overlooked women. 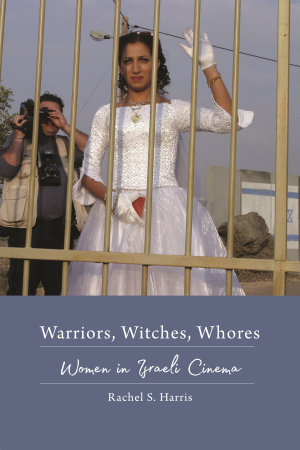 Warriors, Witches, Whores: Women in Israeli Cinema is a feminist study of Israel’s film industry and the changes that have occurred since the 1990s. Working in feminist film theory, the book adopts a cultural studies approach, considering the creation of a female-centered and thematically feminist film culture in light of structural and ideological shifts in Israeli society. Author Rachel S. Harris situates these changes in dialogue with the cinematic history that preceded them and the ongoing social inequalities that perpetuate women’s marginalization within Israeli society. While no one can deny Israel’s Western women’s advancements, feminist filmmakers frequently turn to Israel’s less impressive underbelly as sources for their inspiration. Their films have focused on sexism, the negative impact of militarism on women’s experience, rape culture, prostitution, and sexual abuse. These films also tend to include subjects from society’s geographical periphery and social margins, such as female foreign workers, women, and refugees. Warriors, Witches, Whoresis divided into three major sections and each considers a different form of feminist engagement. The first part explores films that situate women in traditionally male spheres of militarism, considering the impact of interjecting women within hegemonic spaces or reconceptualizing them in feminist ways. The second part recovers the narratives of women’s experience that were previously marginalized or silenced, thereby creating a distinct female space that offers new kinds of storytelling and cinematic aesthetics that reflect feminist expressions of identity. The third part offers examples of feminist activism that reach beyond the boundaries of the film to comment on social issues, particularly those which affect women. This section demonstrates how feminists use film (and work within the film industry) in order to women’s position in society. While there are thematic overlaps between the chapters, each section marks structural differences in the modes of feminist response. Warriors, Witches, Whores considers the ways social and political power have impacted the representation of women and looks to how feminist filmmakers have fought against these inequities behind the camera, in the stories they tell, and in the ways women are depicted on screen. Students and scholars of film, gender, or cultural studies will appreciate this approachable monograph. 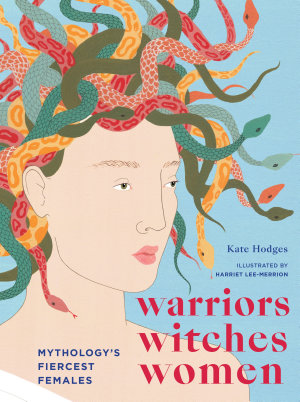 Meet mythology’s fifty fiercest females in this modern retelling of the world’s greatest legends. From feminist fairies to bloodsucking temptresses, half-human harpies and protective Vodou goddesses, these are women who go beyond long-haired, smiling stereotypes. Their stories are so powerful, so entrancing, that they have survived for millennia. Lovingly retold and updated, Kate Hodges places each heroine, rebel and provocateur firmly at the centre of their own narrative. Players include: Bewitching, banished Circe, an introvert famed and feared for her transfigurative powers. The righteous Furies, defiantly unrepentant about their dedication to justice. Fun-loving Ame-no-Uzume who makes quarrelling friends laugh and terrifies monsters by flashing at them. The fateful Morai sisters who spin a complex web of birth, life and death. Find your tribe, fire your imagination and be empowered by this essential anthology of notorious, demonised and overlooked women.

This book begins with a challenge. Take a five-year-old girl growing up in Scotland in 2019. Where might you find Scottish women to inspire her? The further back in history you go, the more of a struggle it becomes. Warriors and Witches and Damn Rebel Bitches aims to right this wrong. Here are women selected for their wit, wisdom and wickedness, plus the inspiration a modern woman - whether young, old or in between - might take from their experience. 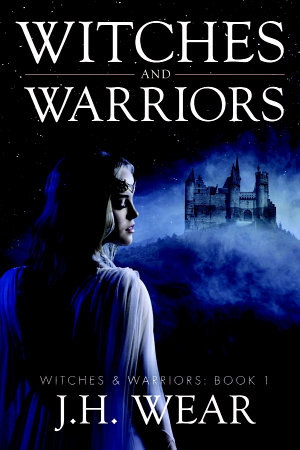 It is time of turmoil as kingdoms battle for land and control. In the midst of fighting, two rival orders of witches try to spread their philosophy of peace. Alric, weary of being a warrior, tries to find a way to leave the army. The punishment for desertion is death, but only if he is caught. Ululla, a witch of the Whiterose order, has a journey of her own with two very different companions. As she travels it becomes apparent that there are forces besides kingdoms and witches at work to gain control of the world. 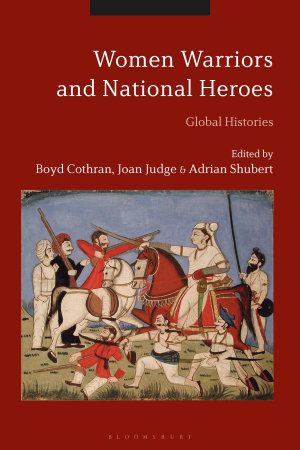 This volume presents women warriors and hero cults from a number of cultures since the early modern period. The first truly global study of women warriors, individual chapters examine figures such as Joan of Arc in Cairo, revenging daughters in Samurai Japan, a transgender Mexican revolutionary and WWII Chinese spies. Exploring issues of violence, gender fluidity, memory and nation-building, the authors discuss how these real or imagined female figures were constructed and deployed in different national and transnational contexts. Divided into four parts, they explore how women warriors and their stories were created, consider the issue of the violent woman, discuss how these female figures were gendered, and highlight the fate of women warriors who live on. The chapters illustrate the ways in which female fighters have figured in nation-building stories and in the ordering or re-ordering of gender politics, and give the history of women fighters a critical edge. Exploring women as military actors, women after war, and the strategic use of women's stories in national narratives, this intellectually innovative volume provides the first global treatment of women warriors and their histories.

Filled with transformative stories of powerful women from legend and history--as well as rituals, spellcraft, and workings for you to try--this book explores themes that rebels, witches, warriors, and heretics confront as they make their way in a patriarchal world. Each chapter examines a topic like standing tall in your beliefs, finding your voice, embracing your sexuality, and loving your body, and shares hands-on practices designed to inspire and support you as you connect with your inner witch, heretic, and warrior. Within these pages, you will find stories and exercises based on Circe, Anne Boleyn, Marie Laveau, Mary Magdalene, Jeanne D'Arc, Salome, Boudicca, Moving Robe Woman, and Harriet Tubman. 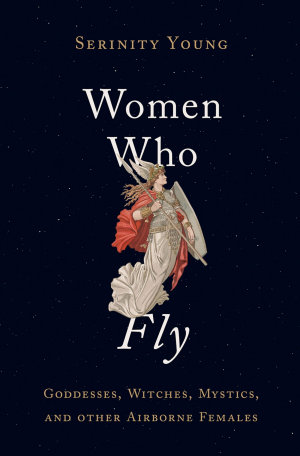 From the beautiful apsaras of Hindu myth to the swan maidens of European fairy tales, tales of flying women--some carried by wings, others by rainbows, floating scarves, or flying horses--reveal both fascination with and ambivalence about female power and sexuality. In Women Who Fly, Serinity Young examines the motif of the flying woman as it appears in a wide variety of cultures and historical periods, expressed in legends, myths, rituals, sacred narratives, and artistic productions. She introduces a wide range of such figures, including supernatural women like the Valkyries of Norse legend, who transport men to immortality; winged deities like the Greek goddesses Iris and Nike; figures of terror like the Furies, witches, and succubi, airborne Christian mystics, and wayward women like Lilith and Morgan le Fay. Looking beyond the supernatural, Young examines the extraordinary mythology surrounding twentieth-century female aviators like Amelia Earhart and Hanna Reitsch. Throughout, the book Young traces the inextricable link between female power and sexuality and the male desire to control it. This is most vividly portrayed in the twelfth-century Niebelungenlied, in which the proud warrior-queen Brunnhilde loses her great physical strength when she is tricked into giving up her virginity. Centuries earlier the theme is seen in Euripides' play Medea, in which the title character--enraged by her husband's intention to marry a younger woman--uses her divine powers in revenge, wreaking chaos and destruction around her. It is a theme that remains tangible even in the twentieth-century exploits of the comic book character Wonder Woman who, Young argues, retains her physical strength only because her love for fellow aviator Steve Trevor goes unrequited. The first book to systematically chronicle the figure of the flying woman in myth, literature, art, and pop culture, Women Who Fly is an exciting, fresh look at the ways in which women have both influenced and been understood by society and religious traditions around the world.